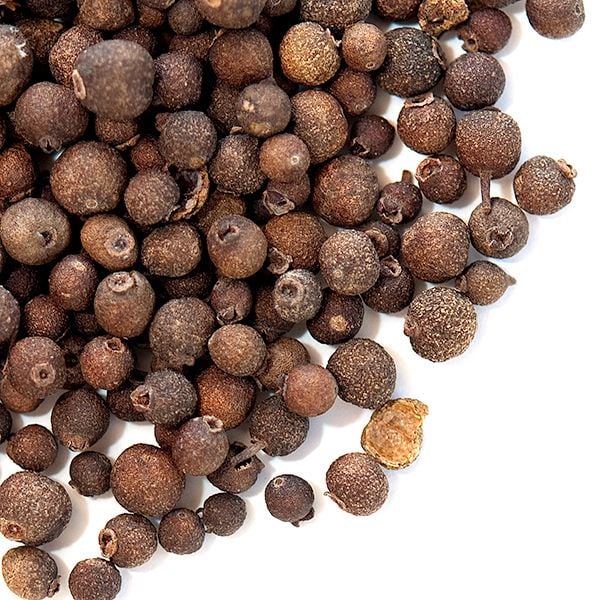 Allspice has a curious name, doesn't it? Allspice. It's because it smells like so many other spices all smashed into one. Cinnamon, clove, cardamom.... all the best in one little berry!

Allspice has a place in preserved goods and plays an important role in spice blends and rubs like jerk seasoning and garam masala. In addition, it plays a central role in many North American pastries such as gingerbread cookies and pumpkin pie.

Whole Jamaican allspice berries can be ground up and toasted for a fresher, more intense allspice flavor than pre-ground allspice. Whole Jamaican pepper berries are also essential for proper pickling.

What Everyone is Saying About Allspice Berries, Whole (Jamaican)