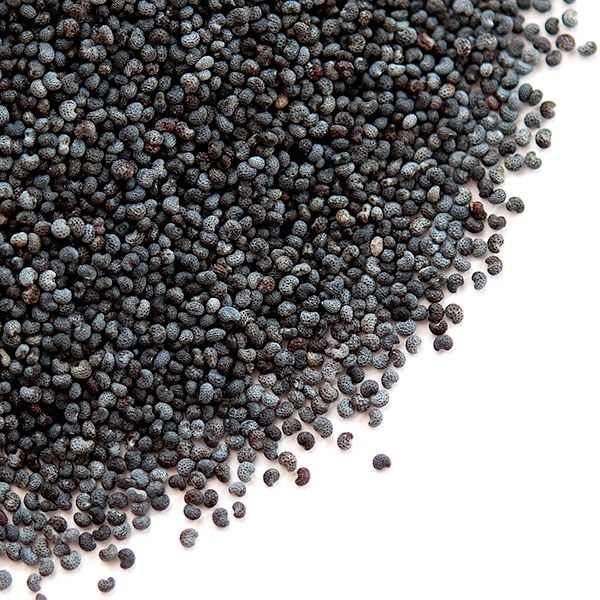 The classic grey-blue poppy seeds for baking that has comforted you in pound cakes, perked your dull morning senses in bagels smeared with cream cheese, and made your Bubbie’s rugelach so darn addicting.

The opium poppy is the very same poppy that gives us the delicious seeds we use in muffins and vinaigrettes. Its scientific name, Papafer somniferum, means “sleep-inducing poppy,” which comes from the poppy seed pod’s latex that is around 12% morphine. (If you’ve never put it together before, this is why it’s a field of poppies that put poor Dorothy Gale and her companions to sleep.)

While the opium-rich latex within the poppy possesses high levels of narcotics, the actual seeds do not. The seeds have a long rich history and were never harvested for themselves, but as a byproduct of opium production.

The flavor is somewhat nutty and even a bit citric, and their pinprick crunch is highly valued in baked goods. Blue poppy seeds are produced throughout Europe and possess a distinct almond flavor as opposed to the mellower taste of white and brown poppy seeds.

What Everyone is Saying About Poppy Seeds, Blue