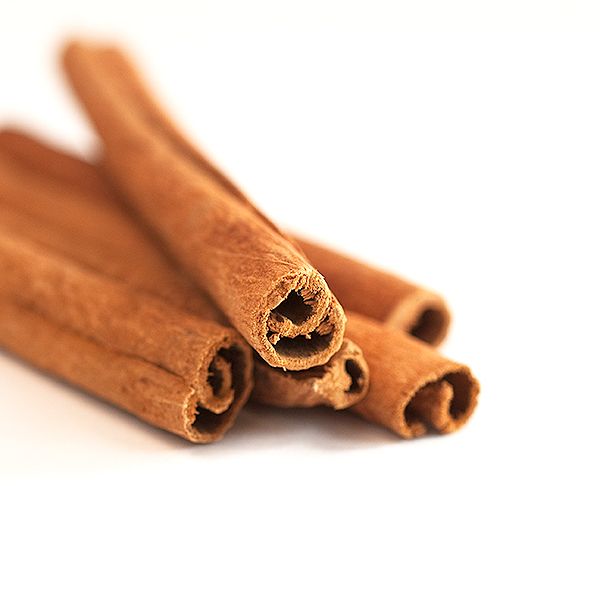 If ground cinnamon is a whistle, then a cinnamon stick is a bullhorn. With a loud frat boy screaming into it. Probably while a bit tipsy. What we’re saying is that the stick is stronger.

Our 4-inch cinnamon sticks are made from Korintje cinnamon, otherwise known as Indonesian cinnamon. This cinnamon isn’t as spicy or penetrating as other types of cinnamon, which for quills is a good thing as you can’t control the flavor as easily. Sourced from the rolling hills of Indonesia, Korintje offers an extremely sweet variety that won’t invade a recipe and conquer it in the name of cinnamon. Rather, it strolls in with a sweet word and scintillating personality and sweeps it off its feet.

Rolled cinnamon bark also has a certain rustic charm to it. Add them as garnish to drinks or to top a cake laced with cinnamon.

Unlike powder, these 4-inch cinnamon sticks can be used more than once. After using them in sweet or savory cooking, wash them off and store them somewhere dark to dry. They can be used a second time, or perhaps used for homemade potpourri or other craft projects. We love to place old rolled cinnamon bark in a jar of sugar and hide it away. After a few months the sugar will absorb the scent and, ta-da, cinnamon sugar without ground cinnamon.

What Everyone is Saying About Cinnamon Sticks, 4 Inch