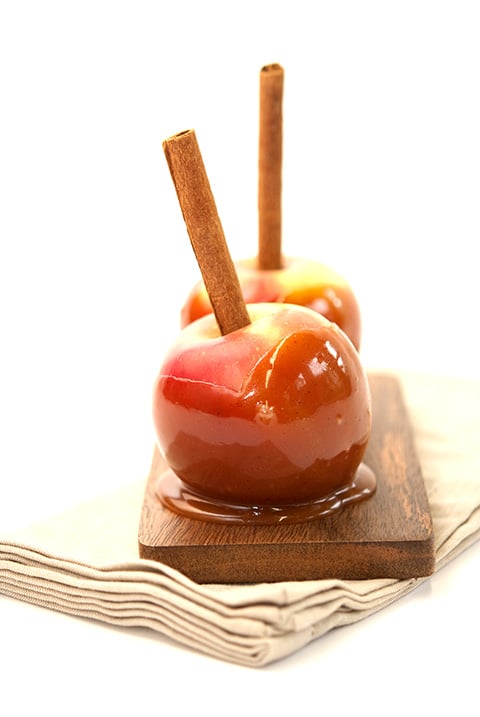 Leaves are turning bright red, yellow and orange. The smell of fresh cider and hot cinnamon donuts lingers in the air. Swimsuits and suntan lotion are traded for hayrides, wool blankets and cold metal bleachers at football games. It's fall in Michigan! The apples are abundant and it is the perfect time of year to make caramel apples.

The caramel apple has an uncertain history. Some say that a Kraft caramel salesman is credited with the first commercially publicized caramel apple. In the 1950's a man by the name of Dan Walker convinced Kraft to print and publicize a homemade caramel apple recipe on the back of their wrapped caramel packages. It was an instant success. Families were able to make simple caramel apples with just three ingredients. An apple, a wooden stick and packaged caramels from Kraft. While this is a very heartwarming story, many historians would disagree, stating that there are recipes for caramel dating back to the 1700's and even earlier. 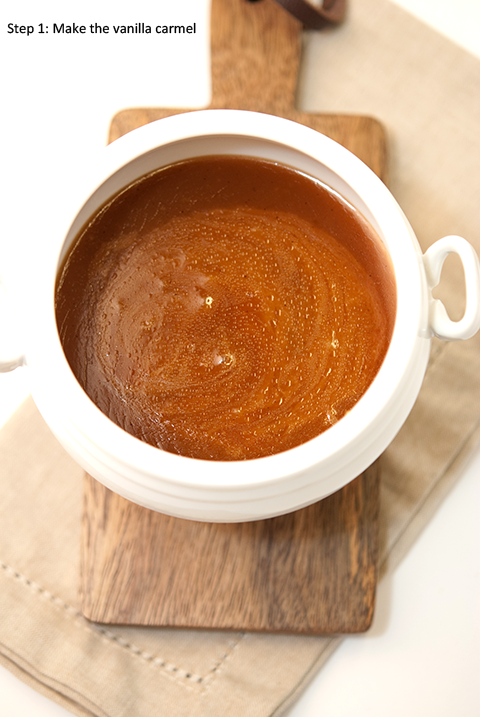 Place heavy cream and butter into a microwave safe bowl. Heat for 60 seconds until butter is melted and cream is hot. Let sit in microwave until needed. Bring sugar and water to a low boil in a medium saucepan, stirring occasionally, until the sugar has dissolved. Increase heat and bring the mixture to a full boil. Do not stir the mixture during this stage! Boil until edges begin to turn a medium amber color. Boil 1-2 more minutes until the color slowly reaches the center of the pan. Turn off heat and add the hot cream and melted butter mixture. The mixture will bubble up, whisk to combine the cream into the caramelized sugar. Add the chopped caramel pieces and vanilla bean scrapings, whisk until incorporated. Set aside and cool to warm, but not hot, temperature.

Remove the stem from the room temperature apple. 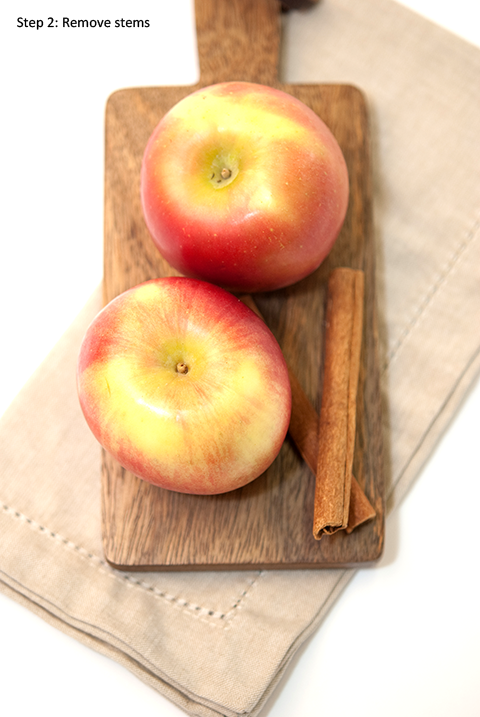 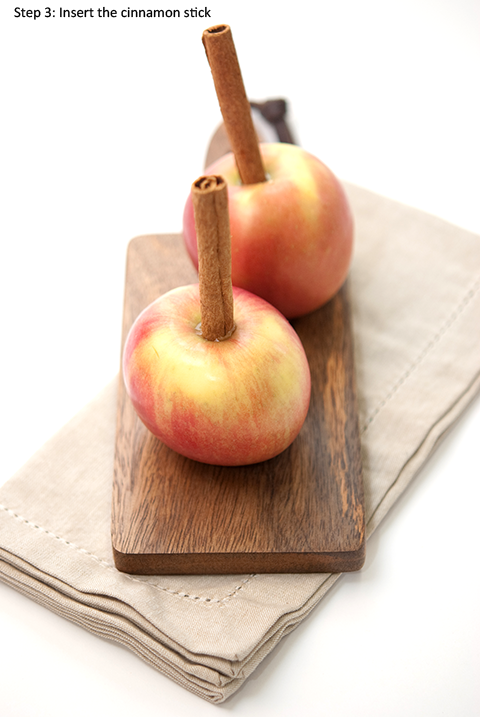 Dip each apple into the cooled caramel until the bottom half to 3/4 of the apple is covered in caramel. Place on baking sheet and then decorate with melted chocolate or candies, nuts of your choice. 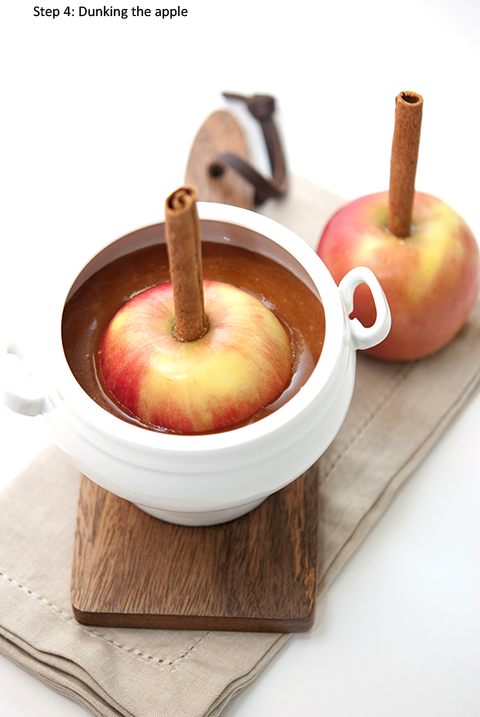