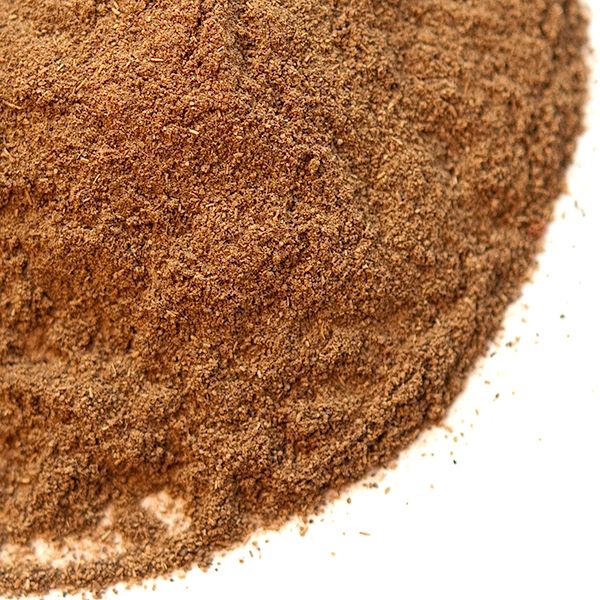 Our ground allspice seasoning has your name on it. It also has your apple pie’s name on it. And your chicken wings. Also, it plans to claim the name of your spice cake. You know what? It’s just taking names.
All of them.

Allspice, also known as pimenta, Jamaica pepper, Turkish yenibahar, or newspice, is native to the West Indies and the Caribbean. In fact, due to its finicky nature, it’s one of the few spices that are still exclusively grown in its native region. The name allspice refers to its compound aroma that seems like it’s a mixture of mace, clove, cardamom, and cinnamon. The allspice berries are actually plucked when green and are cured in the blazing tropical sun on large concrete slabs until they turn black and their shells become fragrant with oil.

Our gluten-free allspice has a place in preserved goods and plays an important role in spice blends and rubs like jerk seasoning and garam masala. In addition, it plays a central role in many North American pastries such as gingerbread cookies and pumpkin pie.

Whole allspice berries can be ground up and toasted for a fresher, more intense allspice flavor than pre-ground allspice. Whole berries are also essential for proper pickling.

What Everyone is Saying About Allspice, Ground