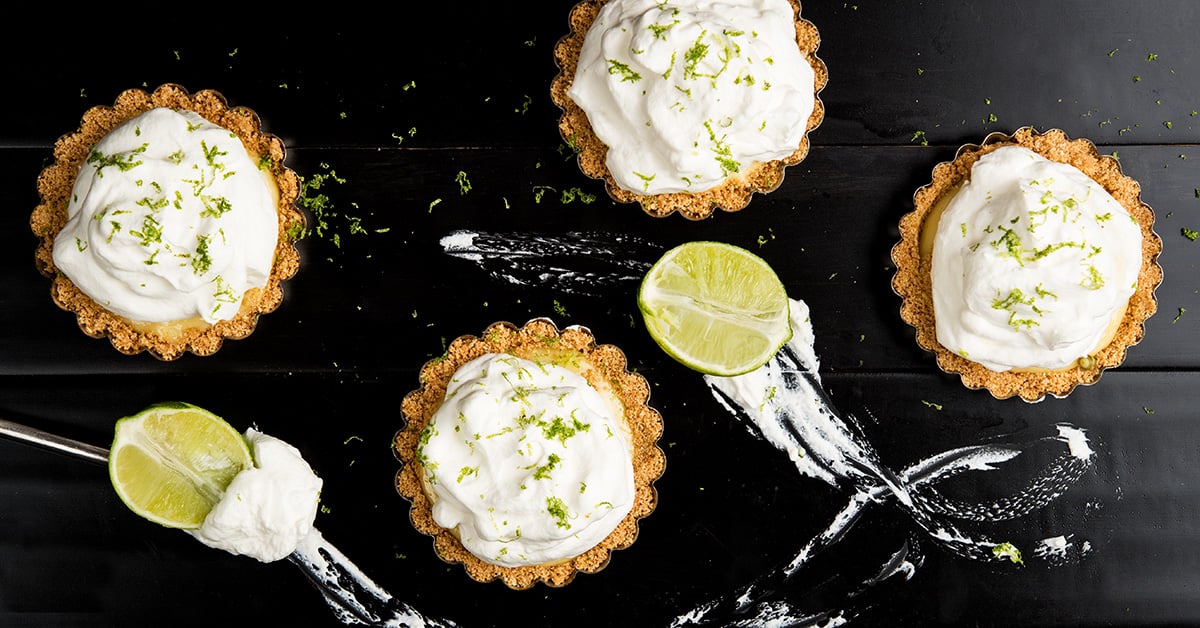 In 2014, my family spent our spring break in Florida - Orlando to be specific. Orlando is the home of Disney World, Universal Studios, and a host of other amusement parks. Families pack the parks and tourist attractions day-in and day-out. Restaurants such as Hard Rock Café and Rainforest Café offer high priced food to hungry tourists happy with a burger or sandwich. Now don’t get me wrong, there is nothing wrong with these commercial restaurants. They have their place, and I’ve been known to patronize a few. But what I’m really interested in is local food and history. Where did these dishes come from, why was it made, and who made it first? Aside from oranges, gator bites, kumquat jelly, and conch fritters, the one dish Florida is consistently credited with creating is key lime pie. Key lime pie originates in the coastal city of Key West.

Key lime pie is a very simple dessert consisting of sweetened condensed milk, key lime juice, and egg yolks. The original key lime pie was created to make use of the abundance of local limes and eggs around, and actually did not include a crust! The crust was added as a way to transport the variations of the pie to church picnics, serve to patrons in local restaurants, and generally to expand the commercialization of the pie.

While every local cook and chef agrees that the color of the pie should be a natural pale yellow, many dry landers - as the locals lovingly refer to - add green food coloring. The debate as to whether whipped cream or meringue as the proper topping is a hot topic, but the base of the pie is widely accepted as key lime juice, egg yolks, and sweetened condensed milk. I altered this classic recipe slightly with the addition of an Indian vanilla bean. Indian vanilla beans are highly regarded as the bolder cousin of the classic Madagascar vanilla bean. The bean adds gorgeous specks to the recipe, along with an additional layer of richness to match the remarkably sweet condensed milk.

In a medium bowl, place the graham cracker crumbs, melted butter, and ½ cup of sugar. Toss with a spatula to combine. Press into a classic sized 8-9” pie tin. Bake at 350° for 5-7 minutes until lightly browned.

In a stand mixer fitted with a whisk attachment, add the heavy cream. Beat until the cream begins to foam, and slowly add the ¼ cup of sugar. Beat until soft peaks form, and then mix the remaining split and scraped vanilla bean in until incorporated. Turn off mixer and spoon the whipped cream on top of the pie. Lick off the remaining contents on the whisk attachment until clean. 😉