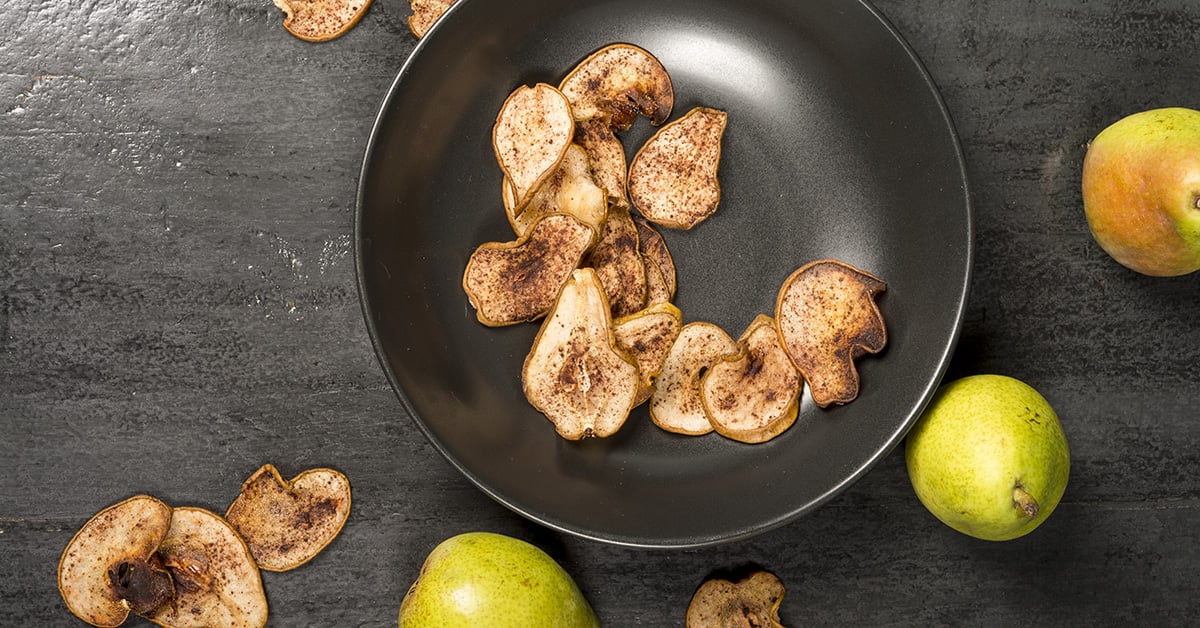 There are many varieties of pears, most commonly divided in two categories: European and Asian. The soft skin and interior of the European ripened pears are distinctly opposite of the crisp and round Asian pear. Both are useful in many different ways. The tree-ripened European variety is sweet and soft suitable for cakes, tarts, and sauces when cooked down to a mouth pleasing texture. Any variety of pear will work well for this recipe.

Chocolate pear crisps are a simple and satisfying treat. Maple syrup is a sweet addition to any baked good or pastry. It can be used to provide a rich flavor that granulated white sugar simply cannot provide. Galangal is a cousin of ginger; an earthy root with exaggerated notes of citrus. Baked slowly in the oven until crisp with a slightly chewy interior, these crisps are highly addictive!

Cut the pears in half lengthwise. Core the pear, removing the stem and end of the fruit. Slice into thin slices. In a large bowl, toss the pear slices with the maple syrup and vanilla extract. Then place them onto a baking sheet lined with parchment paper. In a small bowl, mix together the galangal, ginger, cinnamon, and cocoa powder. Sprinkle the mixture onto the pears. Bake at 300°F for 40-45 minutes, until the pear slices have dehydrated. Let them cool, and enjoy!