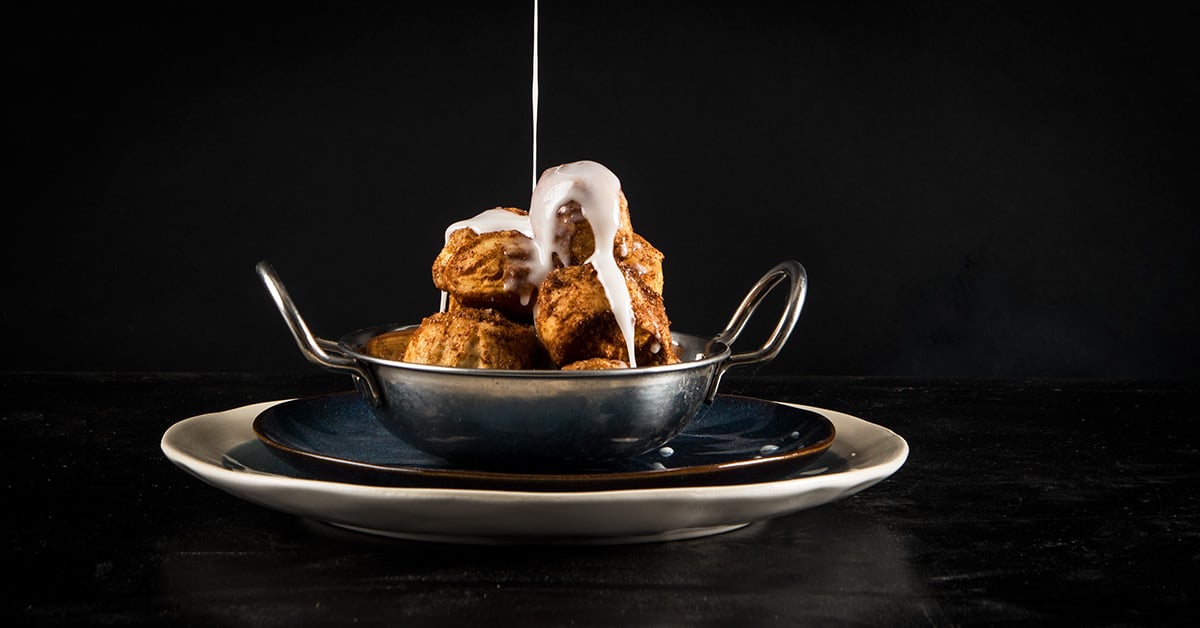 Pretzels certainly have a twisted history. The exact moment of invention is a little unclear, but most historians can trace the history to around 610 AD. Italian monks presented their students with baked dough shaped in the form of crossed arms. Crossed arms were their traditional symbol of prayer. As the tradition spread throughout Europe, the three holes were widely accepted to represent the holy trinity. The spread of Catholicism throughout Europe and eventually the new world increased the popularity of the soft, doughy snack. Dairy, meat, and eggs are prohibited during the period of lent and the pretzel was a simple and delicious way for Catholics to enjoy a snack without breaking tradition.

As time evolved so did the pretzel. In the 16th century, Spanish brides and grooms were presented with pretzels as a symbol of undying love. Two knots intertwining with one another, forming one continuous loop, covered in salt… the epitome of romance. This is where the term “tying the knot” comes from.

This soft treat has gained a cult following. It’s staple at ballparks, carnivals, and enjoyed as an appetizer in craft breweries and farm-to-table restaurants. Pretzels have certainly stood the test of time and will likely be a staple for many years to come!

In a small bowl, whisk together all of the Vanilla Frosting ingredients until smooth and fluffy. Set aside.

In a mixer fitted with a dough hook, add the 1 cup of water and active yeast. Let the mixture sit for 2-3 minutes to let the yeast activate. Then add the flour, salt, and honey. Mix on medium until incorporated. Add the butter and mix for 8 more minutes on medium until the dough is soft and supple.

Remove the dough and lightly oil the bowl. Put the dough back in, cover it with a kitchen towel, and allow it to rise for 1 hour. Remove it again and place it on a surface sprinkled with flour. Divide the dough into four equal pieces. Roll it into a long rope at your desired thickness. Cut into bite size pieces.

Bring the 8 cups of water and baking soda to a boil over medium high heat. Place twelve pretzel bites into the boiling water. Cook for 30 seconds, and then remove the bites with a slotted spoon and place them on a parchment lined baking sheet. Brush them with melted butter. Continue this process until all of the bites are cooked. Mix together the cinnamon and sugar in a medium bowl. Toss the pretzel bites in this mixture and then put them back onto the baking sheet.

Bake at 400° for 10-12 minutes until the pretzels are golden brown. Remove from the oven and put the bites on a serving platter. Use the vanilla frosting to drizzle over the bites or to dip them in (or both!)