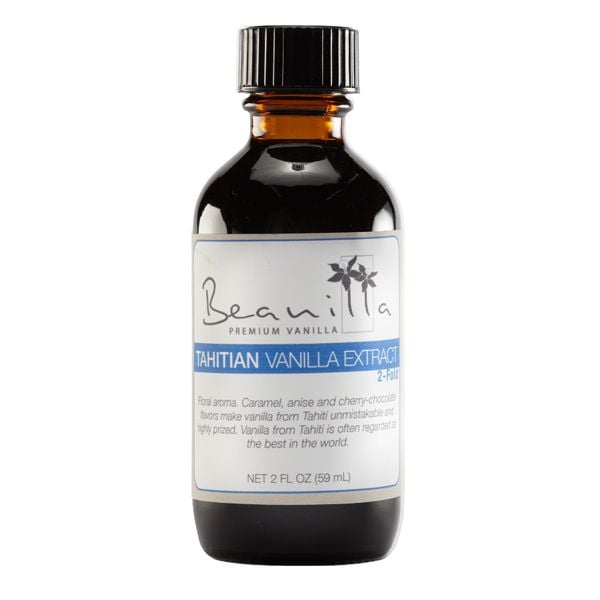 Floral aroma, caramel, anise and cherry-chocolate flavors make vanilla from Tahiti unmistakable and highly prized. Vanilla from Tahiti is often regarded the best in the world. Our 2-Fold Tahitian Vanilla is made with twice the amount of vanilla beans!

In stock
SKU
EXTVAN00-2FTAH
As low as $15.95
Wish List
Details
Vanilla from Tahiti is incredible with an aroma that is floral with tones of ripe fruit. The flavor is rich of chocolate, licorice and caramel. Hand's down our favorite!
More Information
Related Products

What Everyone is Saying About Tahitian Vanilla Extract (Double-Fold 2X)