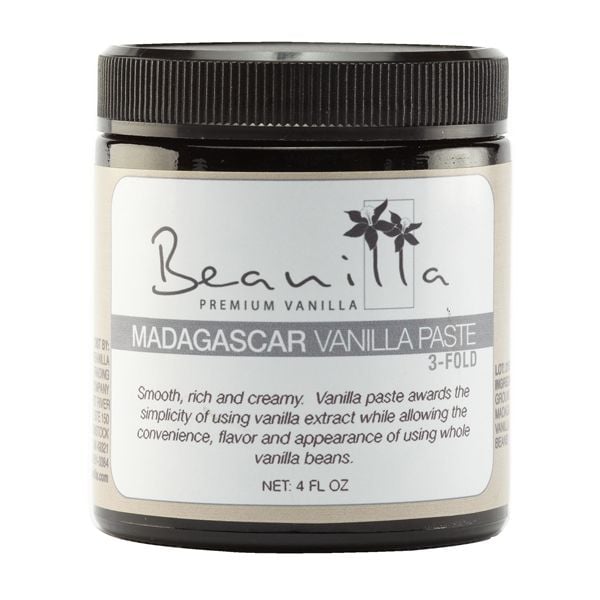 In stock
SKU
BCV6311BLK
As low as $19.95
Wish List
Details
We are all familiar with vanilla extract, the most popular flavor in the world. Now we offer the same full-bodied vanilla flavor with a unique twist: the addition of the distinctive vanilla seeds in a rich concentrated paste. Use vanilla bean paste's thicker viscosity to flavor cakes, puddings, cookies, custards, icing, frosting's, whipped cream, ice cream or anywhere the flavor and appearance of vanilla bean is desired. Using vanilla bean paste saves the effort of scraping the seeds from the whole vanilla bean.

Our 3-Fold Madagascar Vanilla Bean Paste is made using three times as many vanilla beans as our single fold extracts. As a result, you get a much fuller, richer and more intense hit of vanilla flavor. Our bulk Vanilla Bean Paste is for the chef or baker who wants a little more performance out of their vanilla flavor. Since it is three times as concentrated, you will use a third as much as a single fold extract, meaning a little goes a long way. This paste packs a serious flavor punch!
More Information
Related Products

What Everyone is Saying About Madagascar Vanilla Bean Paste, 3-Fold